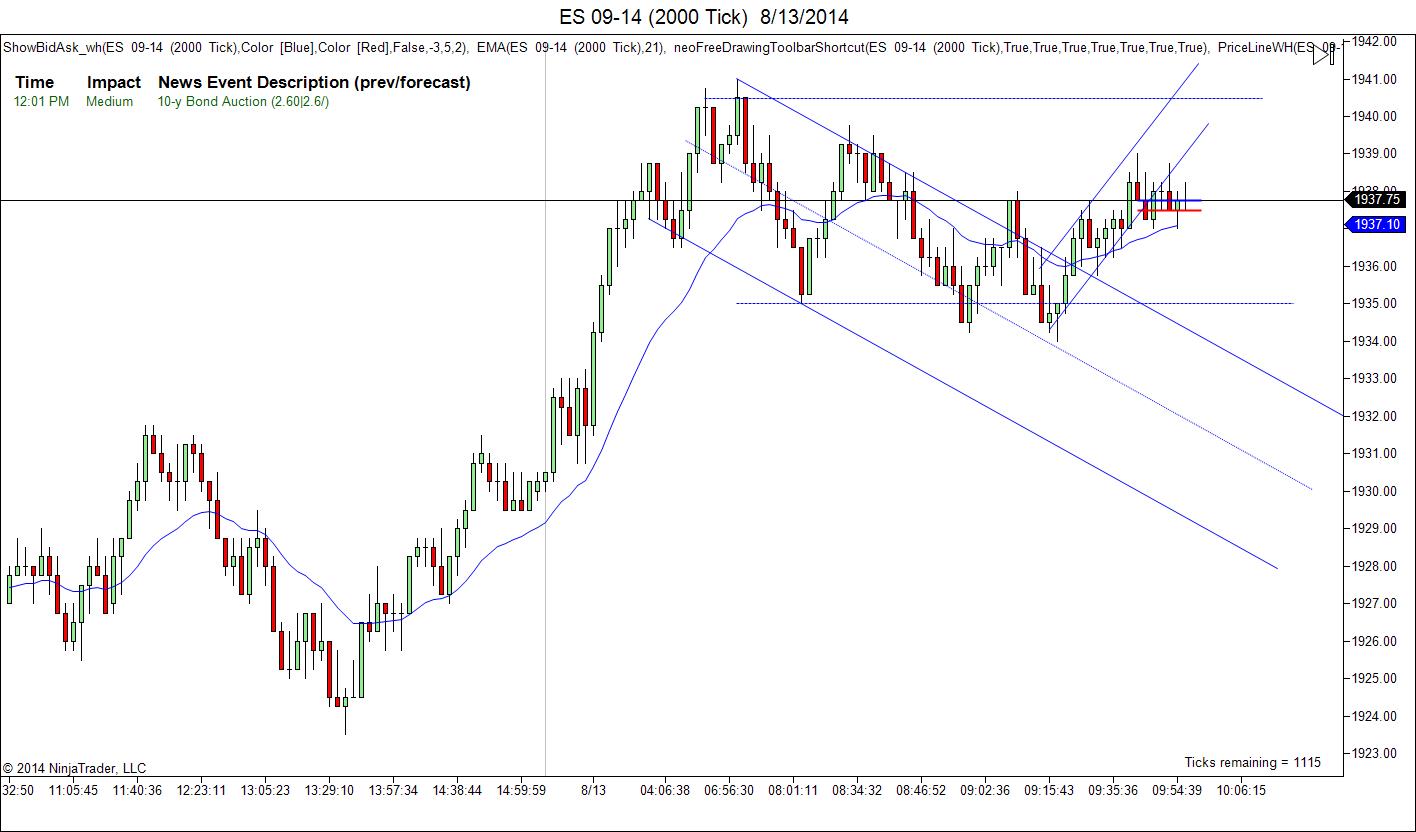 While the bias was down slightly this morning, this looks more like a trading range than anything else right now.  There was a break of the trend line and a retest with a new low, and the market appears to be attempting to reverse and go higher, but for now it is struggling and looks rather sluggish.  That does not mean it can not gain traction and go higher though, it just means be cautious for now and be careful going long into resistance.

Until prices establish something of a trend in one direction or the other, it appears to be a trading range type day ahead.  There was a second entry long that just triggered, so notice how the last bar on the right was backing up a bit after the second entry long triggered.  That was an excellent opportunity to sneak into a long trade (using a buy limit order) with a high probability long entry in which prices should try to push higher on a retest attempt here.

That little entry I noted turned out to be the trade of the day thus far with easy runners that are still going! 🙂 As you can see, from the right side of the chart without seeing the future price action, it doesn’t look like anything special, but that was a typical two-legged correction back to the EMA that provided a nice second entry long.

Yes, I agree that was the trade of the day! I skipped it because it seemed really congestive. I wanted to take the long when the failed second entry short occurred, but when it turned back down I thought I made the right decision on not taking the failed second entry long…I just felt that area was too choppy so I stayed out. Then it took off on the 2nd entry long which on my chart was a small doji. I assumed since I thought it was a range day that prices were headed to the top of the range anyways. Should of just went with my gut. Oh well, that’s how it goes. 🙂
Thanks Mack!

I did the same thing…thought it was too much overlap…

1,5 hours after the regular session start, I had redrawn the big channel into a bull channel. I missed the Long entry at the EMA and did not chase.