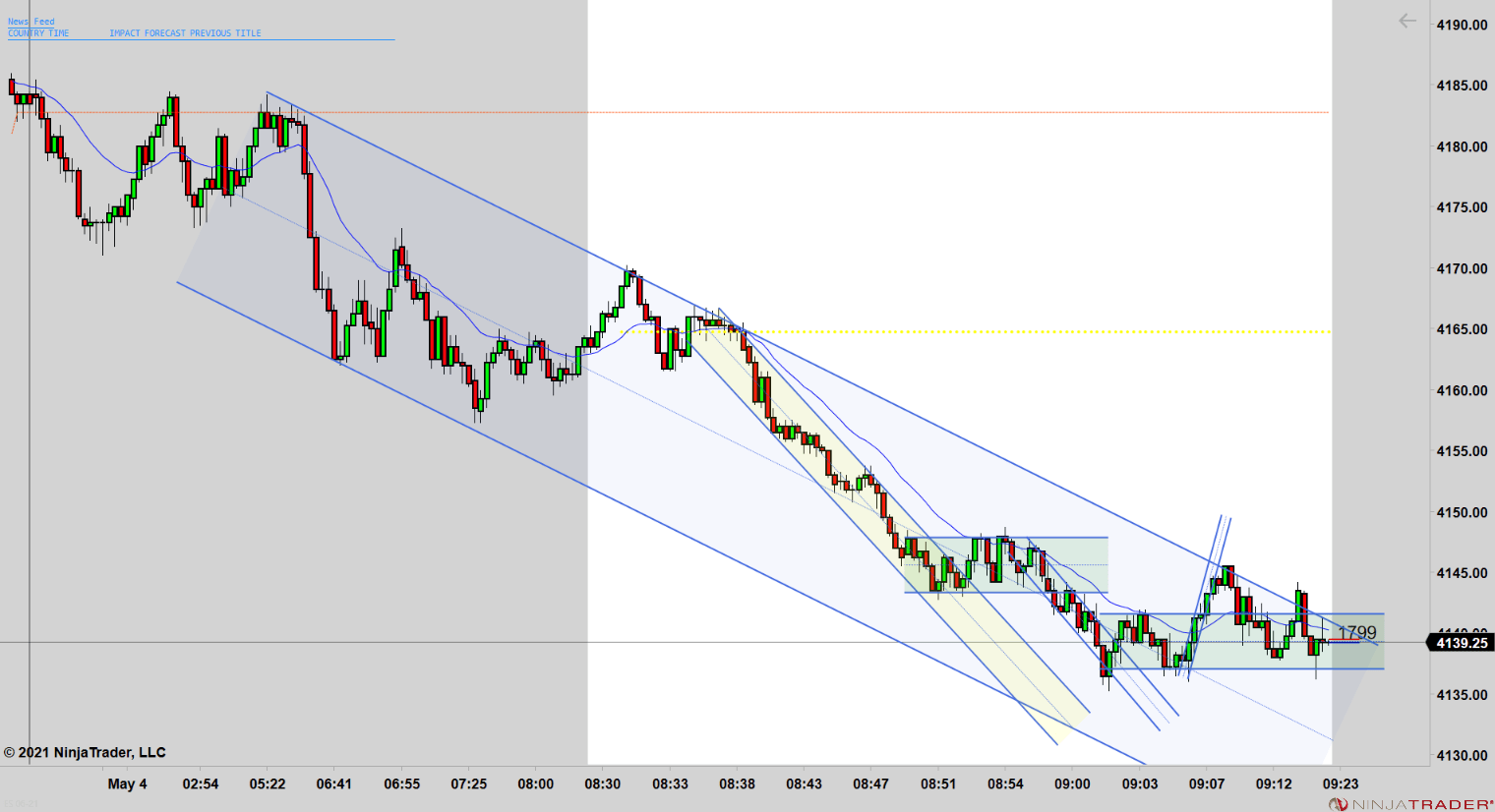 The trend and bias are down this morning. The down trend has lost some steam though and prices are just now breaking out of the trend channel as I am typing this up. There is a small gap on the daily chart, so there is a good chance prices will find support and trade higher in an attempt to fill that gap. That target would be 4167.25, and if prices continue higher from there, the close from yesterday at 4182.75 would be another possible target.

For now, the trend and bias are down, although that looks to be in jeopardy, as prices are finding some support now and are actually trading outside the down trend channel. I would expect prices to retest the lows of the day again, but nothing is ever 100%, so do not get fooled entering in the wrong direction.