Use Price Action To Determine Where To Exit Your Trades 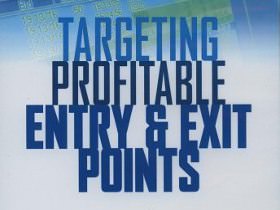 While many profitable traders might have some indicator or other similar tool that they use when trading, if they are truly profitable traders, they still have the ability to read a price chart.  Once you learn to properly read a price chart, you will begin to understand the flow of prices, and you will know where the best places are to enter a trade, but you will also then learn the best places to exit your trade as well.  How many times have you entered a trade only to have it almost immediately go against you?  You watch that trade move further against you and you start to become uncomfortable, and you know you must exit and save your trading capital before things get worse.  However, no sooner than you exit, the market is quickly moving back in the original direction you were trading.

What you will find has happened to you is that you entered the market just as it was pulling back, and then you exited it with a loss, just as it was reversing back in your original entry direction.  If you are like many losing traders, this happens to you often, and ultimately, it happens because you have no real understanding of price action, and you certainly don’t know how to read a price chart.  Most losing traders sell low and buy high, usually entering after the move is losing momentum, rather than entering long at the lows are short at the highs, which is what smart traders do.  This is why the market turns on you at the most inopportune times, because you are entering where the smart traders are exiting, and exiting where the smart traders are entering the market.

Below is an excerpt from an article that we found at www.olesiafx.com that talks about some strategies for exiting the market.

In my trading method, I use several different ways to take profit and to liquidate profitable positions. The choice of one or the other in a real market situation depends on the current technical picture, presence or lack of trading signals, timing, market speed, amplitude and sequence of the previous fluctuations, short- and medium-term trend direction, and such. It’s absolutely impossible to describe each and every combination of different factors. Here, I will give you just a few general tips on how and when a profitable position can be squared and profit pocketed.

At first glance, such a way of trading may seem in general like the ideal one. This way seems like it would allow a trader to stay in the market forever by switching his positions from long to short ones, taking profits and losses, and every time reversing in the opposite direction. However, for a million obvious reasons, such a scenario is almost absolutely impossible, especially if trading on an intra-day basis. Even if you exclude such factors as physical impossibility to control the market for the whole day, five days a week, and that more trades usually result in fewer profits, it still wouldn’t be reasonable to try to catch every intra-day fluctuation. For intra-day trading, for example, when a trader has to deal within a limited time frame and market space, a hit-and-run tactic might be considered as the most sufficient and effective. This tactic does not give traders an opportunity to switch from one position to the opposite one, without risking their floating profit every time they wait for a signal to take profit and open a position in the opposite direction.

The average daily range, even on the most volatile and active currencies, doesn’t usually exceed 180 to 200 pips. Also, a lifetime of an intra-day position rarely lasts more than several hours—and sometimes, even minutes. It is also obvious that in order to complete such a daily range and stay within it for a 24-hour period, the market has to fluctuate inside this range, going up and down through the same levels several times in one day. Thus, we can come to a conclusion that because the market most likely gives the opportunity to enter opposite positions at the same price level but at different moments of the day, a profit-taking tactic based on trading signals cannot be considered as too effective. Of course, there are some exceptions to the rule. I think that the tactics described earlier can be used in such cases as when, during the day, the market approaches major and long-term trend-lines  supports, and resistances, and different formations’ borders—all of which can be identified on longer-term charts starting with daily. In these cases, traders also have an opportunity not just to liquidate their profitable position, but also to open a new one at the same price but in the opposite direction.  You can read the rest of the original article here.

In the end, finding a good entry point is only half the battle in becoming a profitable trader.  It’s common knowledge that if you don’t exit with profits intact, then you will not make money as a trader, but many traders are so busy trying to determine where to enter a trade that they never even consider where to exit a trade.  What you will find is if you start looking at the bigger picture, you will likely see where you will enter a trader long before prices even reach that point.  Once prices reach your target area, you then begin to wait on a price action set up in order to enter.  If your order is executed, you should already know where your safety stop goes and you should also already know where your exit point will be located.  Yes, you may end up managing your stop and target orders, and actually exit the trade before reaching your original target, but the price action will tell you how to do this if you know and understand how to read a price chart.

By seeing the big picture, you will learn to spot strong support and resistance areas, and by having the ability to read a price chart, you will know what to expect when prices reach these areas on your chart.  You can actually learn to spot these areas and use price action to determine where to exit your trades, as these same areas will normally be your entry and exit points, so it makes sense to understand how to spot them in advance.  If you would like to learn how to read a price chart like a pro, then you should consider looking at our course manuals.  We offer a price action course, as well as, a separate targets course that is very simple to learn and implement.  You can find these courses at http://priceactiontradingsystem.com/pats-trading-manuals/.