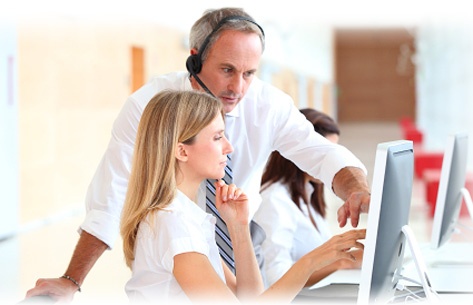 Would you like to learn how to trade price action like a professional trader?  If so, then you need to watch me make $1100.00 in ten minutes trading price action strategies in the ES.  We use these trading strategies here in our trading office every single trading day, and we consistently make profits every day meeting strong profit goals in most cases.  Is it easy to do?  Yes!  Is is easy to learn?  No, but with a lot of effort, practice and experience trading live data via the simulator, you can learn to do what we do.  I have many thousands of hours of watching price charts, and many thousands of hours watching the ES during regular market hours, so do you think that gives me an advantage?

The answer to that question is emphatically, YES!  My experience in watching the ES alone gives me a huge advantage over many traders, but when you combine that with the fact that I also know how to read a price chart, then the odds are stacked very heavily in my favor.  While you don’t have to have the amount of experience I have to trade profitably, it certainly helps.  Most inexperienced traders have no idea how to read a price chart, so they simply look for prices to start moving in one direction, and when they feel comfortable that it’s moving strongly, they jump on board.

Guess what happens next though when they trade this way?  Prices reverse immediately and are then rocketing in the opposite direction.  They have either bought high or they have sold low.  They are entering the trade just as all of the profitable traders are exiting their trades.  Prices then move strongly against them and they realize that they bought or sold the wrong location and they do something even worse.  They now reverse their trade, rather than just exit.  Now they are exiting at another extreme, just as the smart traders are entering again, and in a few minutes, they are looking at another losing trade, with prices moving right back to where there original entry was on the previous trade.

Does this sound familiar to you?  If so, you are not alone.  This is what happens to 90% of all traders.  It’s easy to do, because you are simply using common sense, but common sense does not work in the markets.  Prices have a set of rules and a personality that does not follow common sense.  Why this is so is debatable, but we think prices are influenced by the combined synergy of the fear and greed of all of the market participants.  If you take the time to learn why prices do what they do, and why they react the way they do, then it begins to become much easier to predict what is going to happen.  10% of all of the market participants are making all of the money, while 90% are just donating to the 10% that know and understand what is really happening.

Let’s put this whole scenario in an easy to understand example.  Suppose you are a superior athlete and you have a very strong arm.  Suppose your arm strength and accuracy are world class, and as good as any NFL quarterback, but you have never played a down of football.  What do you think the odds are that you could enter the next super bowl as the QB of one of the teams and have any real shot of making a difference in that game?  You won’t know the offensive plays, so you won’t know what to do or where to go with the ball at any time.  Also, you won’t know how to read the defenses, so even if you are smart enough and quick enough for someone to tell you where to go, you won’t know if you are playing directly into the defenses hands or not, and you certainly would not know how to check off into a new play, because you can’t even read the defense that’s on the field now, much less know which plays give you the best chance against what you see on the other side of scrimmage line.  What are the odds that you could be successful in that super bowl game?

The answer is that the odds are probably greater than 1000 to 1 against you.  That is exactly the same odds an inexperienced trader has going up against the best traders in any market.  The ES is the super bowl of day trading markets, and you are trading against fund traders with DEEP pockets that can afford to be wrong much longer than you can when they are rarely wrong to begin with.  So how does an exceptional quarterback learn to win a super bowl?  He studies defenses, watches film and practices for hours every day.  He hopefully gets to play in a few exhibition games, and then plays a quarter or two in every game as a back up to gain experience, while the starting quarterback carries the load for the majority of the time, because he has the better chance to carry the team to victory.

With enough study and practice time, you may eventually get your chance as a starter, but even then, you will win some and lose some as you gain more experience.  Eventually, you may still never make it to the super bowl, but you might become a great quarterback that knows the game well due to all of the practice and study time you put in every single day.  Trading is no different.  You have to put in the practice and study time before you are going to become a winner.  Most try and learn with real money trading live markets, which is always better, but most don’t have the funds to stick it out when doing it that way either.  There is now a better way in today’s high tech world.  There are simulators that allow you to trade on the same live price action that all of the professional traders are using.  By practicing against those live traders with virtual play money, it’s like you being able to play in the live game with a yellow jersey, meaning no one can hit you or tackle you.

Hopefully you now understand why most traders lose money when trading any market.  If you want to become a winner, you need a good offense or in our case, a good trading strategy first and foremost.  Then you need a great deal of practice and experience so that you know what is going on in front of you on the chart.  We can provide you with the hottest offense in the trading world, meaning we can provide you with the tools to learn how to read a price chart, so you can become a price action day trader.  The rest is up to you, and that’s serious study time and practice and simply gaining experience by trading the simulator every day while you learn.  If and when you can make money consistently every day for months trading the simulator, that’s when it “might” be time for you to start trading slowly with your real money.

Be sure to watch me make $1100.00 in ten minutes trading price action strategies in the video attached below.  If you want to learn to trade price action like a pro, then you will want to look further at our price action trading manual that’s located at http://priceactiontradingsystem.com/pats-price-action-trading-manual/.  The ball is in your hands now, so go out and learn your offense and learn to read a defense like Peyton Manning and take your trading team to the next super bowl game!

Hi Mack. Great trade. That same setup is also one of my favorite. Question: Do you think someone could trade 100 contracts and get filled easily with no slippage? Thanks

In the ES, yes if during regular hours.

Awesome trade, Mack. Quick question, did you have any worry about prices blowing through the support line and it becoming resistance instead? How did you know it was coming back, aside from the fact that a pullback to the EMA was overdue?

It’s been a while, so I don’t remember specifically what I was thinking at the time, but I was following our price action rules, and they say to fade break outs in most all cases. Most strategies teach you to enter with the breakout, but that’s exactly wrong. Fade the break out… in other words, if prices break through an important low, buy. If prices break through and important high, sell. Important being key… as this in only on range type days really.

Hey Mack! I’m a new student of PATs and have been exploring the video sections but a lot of them, including this article, no longer have videos attached despite saying “check out the video below.” Am I missing something or are these videos located somewhere else now?

I corrected this video, so you can watch it now. If you see any others, please let me know.