What The Price Action Is Telling Us About The Indexes 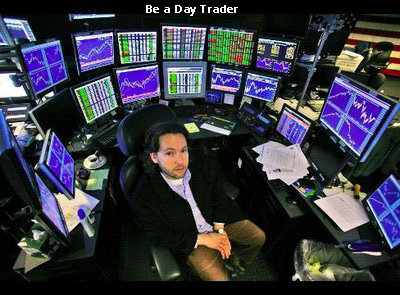 Stocks are out of favor with the public and the economy has nothing but bad news on most days with an unemployment rate that favors a deep recession rather than a booming stock market, yet the indexes are steadily going higher.  While most indicators are pointing to a market sell off, what the price action is telling us about the indexes is that they are in a strong rally!  The S&P is back above 1400 and the DOW is trading above 13,000 again.  Overall, the economy is gloomy and things certainly don’t feel good enough to see the markets in a year long rally, but that has not stopped them from continually moving upwards.  We have actually heard the words that this is the most hated stock rally in market history.  With so much economic negativity, what is causing the markets to rally so strongly?

Before we talk about what is causing the rally, let’s talk about the price action of the current markets.  This is why we are such huge proponents of using price action strategies to trade the markets, because no matter what any other indicators are telling you about the price of the indexes, the only thing that matters is price.  Unemployment is important, but if it’s high and likely to go higher, it makes no difference if the stock market is steadily climbing higher!  One thing you must consider is that this is a presidential election year, and no incumbent president wants to go into an election year with the market in the doldrums, so that has to be a deciding factor.  Again, we will also ask why it really matters why the markets do what they do.  All that is really important in the end is if you recognize if they are going up or down and that you are on the right side of that market.

That is why price action is so important to a trader, because it’s the only thing that matters in the end.  Never accept or use trading tips and don’t listen to the news.  We believe you should never be influenced by anything other than the price action and if you hold fast to this rule, you will be well ahead of the majority of the general public when evaluating any market.  Hopefully you understand now that the reasons for the market rally are not what is important, but all the same, we found the following article at www.seekingalpha.com, and it had the following to say about the 2012 market rally.

The S&P 500 Index (SPX) just closed above 1400 for the first time in months. The Dow Jones Industrial Average (INDU) is above 13000. It’s been a strong year for stocks in general, yet negativity abounds, as we’ve pointed out recently. CNBC’s Bob Pisani just discussed this very subject:

Could this be the most hated stock market rally in history? Not only do traders not like the market, the average public doesn’t believe the stock market is rallying.

NYSE short interest is near a five-year peak, which is a decent contrarian indicator.

1) A widespread belief that more quantitative easing is coming from the U.S. Federal Reserve and the European Central Bank: traders in particular are expecting the ECB to lay out more definitive steps on a bond buying program at its next meeting on September 6th.  You can read the rest of the original article here.

We still think the fact that this is an election year has more to do with the market rally than anything, but as we stated earlier, do not worry about “why” the market is rallying and if at some point, the market turns over and starts heading lower, don’t worry about why it’s headed lower either.  Simply follow the price action and trade the markets accordingly and you will be much better off.  We usually encourage people to have a news indicator so that they do not get caught on the wrong side of the market when a big news event is announced, as the market can get wildly emotional and do some crazy things when news is announced, but even then, the news will rarely if ever affect the market as you might expect.  We have seen horrible news announced only to see the market rally strongly, while we have also seen very positive and bullish news come out only to see the markets crash strongly.

You see, the markets are always looking for fair value, so you never really know if the news is factored into the markets already or not.  You may assume to have an idea, but you never know for certain.  As an example, think about how many stocks you have seen rally into earnings season, and then the earnings news is announced publicly and it’s really good news in regards to the overall earnings, but that stock tanks immediately and trades lower for days or even weeks.  The reason this happens is that the good news was already factored into the stock, and once that news becomes public, there is nothing left to drive prices higher and the smart traders are exiting on the news with their profits already locked in.  So, forget the news other than the fact that you need to know when there is big news being announced that might affect the market you are trading and then try and stay flat until after that news is made public.  Once the news is public, you can watch the price action and trade that market or stock accordingly.

It’s really important that you walk away with a strong understanding about market news, particularly when trading the stock market or stock market indexes.  In the end, what the price action is telling us about the indexes is the only thing that really matters if we are trading them.  News is a by product that we should be aware about, but only in the sense that we need to be flat when it is being announced.  Beyond that, price action and price action trading is king and it is all that matters when day trading stocks or the stock indexes.  Find out why price action day trading is the only way to make money consistently in today’s markets at http://priceactiontradingsystem.com/pats-price-action-trading-manual/.