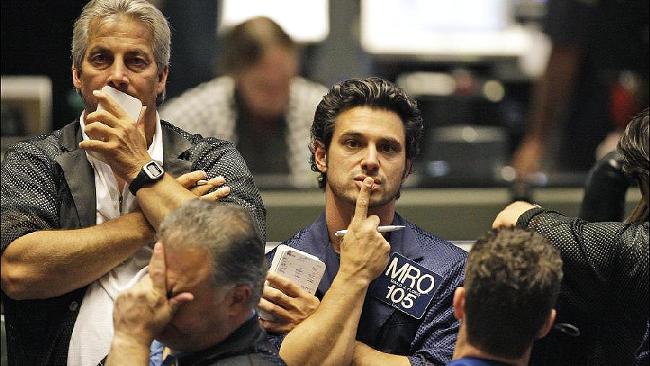 It happened again on Wednesday when an automated stock trading algorithm flooded the market with millions of trades instantaneously, creating some large and exaggerated moves in several stocks, and thus also affecting the futures indexes to some degree as well.  With the flash crash that occurred on May 6, 2010, many traders are starting to lose faith in the electronic markets and those agencies that are appointed to oversee them.  Many are asking the question:  Is electronic day trading becoming too risky?

Most retail traders and investors would like to see more regulations placed on the computerized trading which seems to be dominating the markets in recent years.  While it’s doubtful the algorithm trades could do much damage to longer term investors, the biggest fear is among the short term day traders that are in an out of the market quickly during the trading day, as even a small but exaggerated move could cost them dearly.

The rouge algorithm came from a broker named Knight Capital Group, and it began within moments of the opening bell on Wall Street.  After the flash crash that occurred in May of 2010, regulators instituted circuit breakers that are designed to halt trading whenever a stock price makes extreme swings, but that breaker is not programmed to kick in until 15 minutes after the market opens, and these rogue algorithms begin trading immediately upon the market open.  Because of the way the circuit breaker works, they were not able to stop the prices from making extreme moves as they are designed to do.  Knight Capital Group claims it was a technology issue, but at this point in time, little more is known as to exactly what caused the trading glitches.

Below is an excerpt from an article we found at www.nytimes.com that discusses the issue of rouge algorithms and gives us some additional information on what happened.

An automated stock trading program suddenly flooded the market with millions of trades Wednesday morning, spreading turmoil across Wall Street and drawing renewed attention to the fragility and instability of the nation’s stock markets.

Puzzled traders and floor officials watched the action at the New York Stock Exchange shortly after trading began on Wednesday.
While the broad stock indexes quickly recovered and ended the day slightly down, it was the latest black eye for the financial markets. The runaway trading suggests that regulators have not been able to keep up with electronic programs that increasingly dominate the supercharged market and have helped undermine investor confidence in stocks.

Traders on Wednesday said that a rogue algorithm repeatedly bought and sold millions of shares of companies like RadioShack, Best Buy, Bank of America and American Airlines, sending trading volume surging. While the trading firm involved blamed a “technology issue,” the company and regulators were still trying to understand what went wrong.

The debacle comes after the botched Facebook initial public offering on the Nasdaq exchange in May and the aborted effort in March by another exchange, BATS Global Markets, to bring its own stock public. The episodes, along with the flash crash of 2010 when the market lost trillions of dollars of value in minutes, have stoked suspicions that stocks are safe only for specialists, and sometimes not even for them.

“The machines have taken over, right?” said Patrick Healy, the chief executive of the Issuer Advisory Group, a capital markets consulting firm. “When events like this happen they just reaffirm that these aren’t investors, these are traders.”

The errant trades began hitting exchanges almost as soon as the opening bell rang and came from a single New Jersey broker that specializes in computer-driven trading, the Knight Capital Group. Shares of more than 100 companies, including big names like Alcoa, Citigroup and Ford suddenly spiked up or down. The New York Stock Exchange had most of the mistaken orders, but all of the nation’s exchanges executed trades for Knight and all agreed to cancel the trading in six stocks that had especially extreme movements.  You can read the rest of the original article here.

There will always be risk in trading any market, and day trading takes that risk to even higher levels, but there are some advantages in day trading that actually reduces the amount of risk that you have when trading most markets, but that’s true only if you are trading liquid markets with ample trading volume.  The ES or Mini S&P is one of the most liquid and highly traded markets in the world, so there is very little risk of gaps or slippage when trading the ES during regular New York trading hours.  This is one of the main reasons we like trading the ES with our price action trading strategies, other than the fact that we have traded the ES so long that we know it’s personality very well.  As long as you trade with safety stops in place, even if they are large ones, you should not have much worry with a rogue move in the ES based on the criteria we just discussed.  This fact is true because there is no real slippage or gaps during regular trading hours in the ES.

That does not mean that a flash move will not cost you money, so You may take a loss if it happens.  However, if your stops are reasonable and calculated properly, the loss should not be devastating to your trading account.  This is a very good reason as to why you should never trade a market without a safety stop, even if it’s only a catastrophic stop loss.  Personally, we try to never enter a trade that requires more than a two point stop, even in the ES.  If we like a trade entry that requires more than a two point stop, we either skip the trade or look for an alternative way to enter the trade that keeps us within our two point stop requirement.

In wrapping this post up, we will try and answer the question:  Is day trading becoming too risky in today’s electronic markets that are dominated by computerized algorithm trading programs?  The answer in our opinion depends on the markets you choose to trade and whether or not they have sufficient volume.  You should not be trading low volume markets or even low volume stocks when day trading at any time in our opinion, and if you choose to do so, then yes indeed, you are taking on additional risk.  However, if you stick to high volume markets that are properly regulated, while also using proper safety stops with price action trading strategies that are proven to work, day trading should not be any more risky than it ever has in our opinion.  Learn how to trade price action today at http://priceactiontradingsystem.com/pats-price-action-trading-manual/.